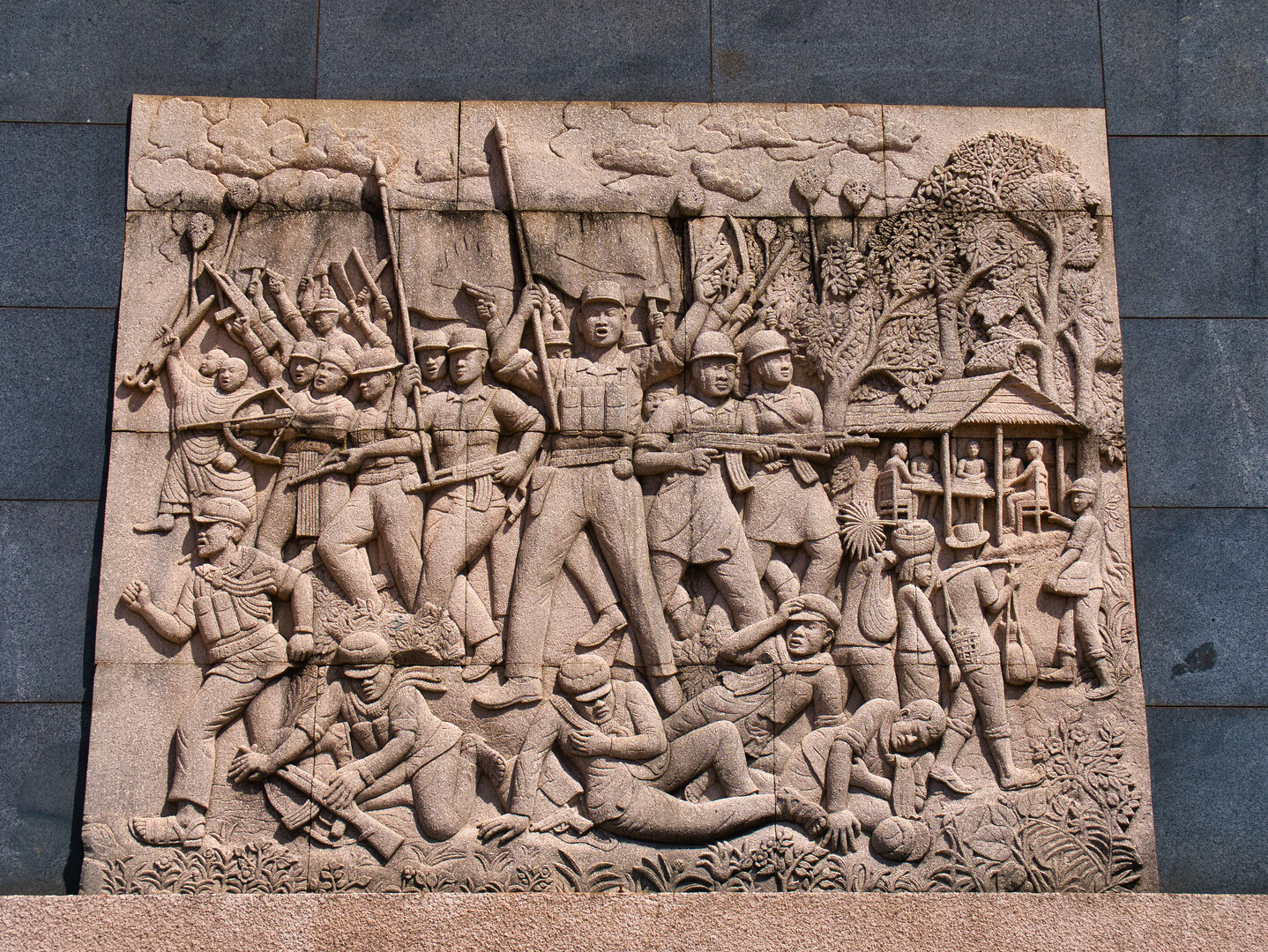 This event will be held at 5:30pm AEDT, both online and in person at the AIIA National Conference Centre at 32 Thesiger Court in Deakin. Doors will open at 5pm for those coming in person. For those attending online, you will be sent a link before 5pm on the day of the event.

Guests may attend this event either online or at the AIIA National Conference Center in Canberra (20 person capacity). Times are UTC+11 (Sydney, Canberra, Melbourne). After you register, you will be sent a link by 5:00pm on the day of the event. There will be cameras present at the event and you may be filmed if you attend in person. Those attending in person are required to be fully vaccinated and be wearing a mask for the duration of the event. 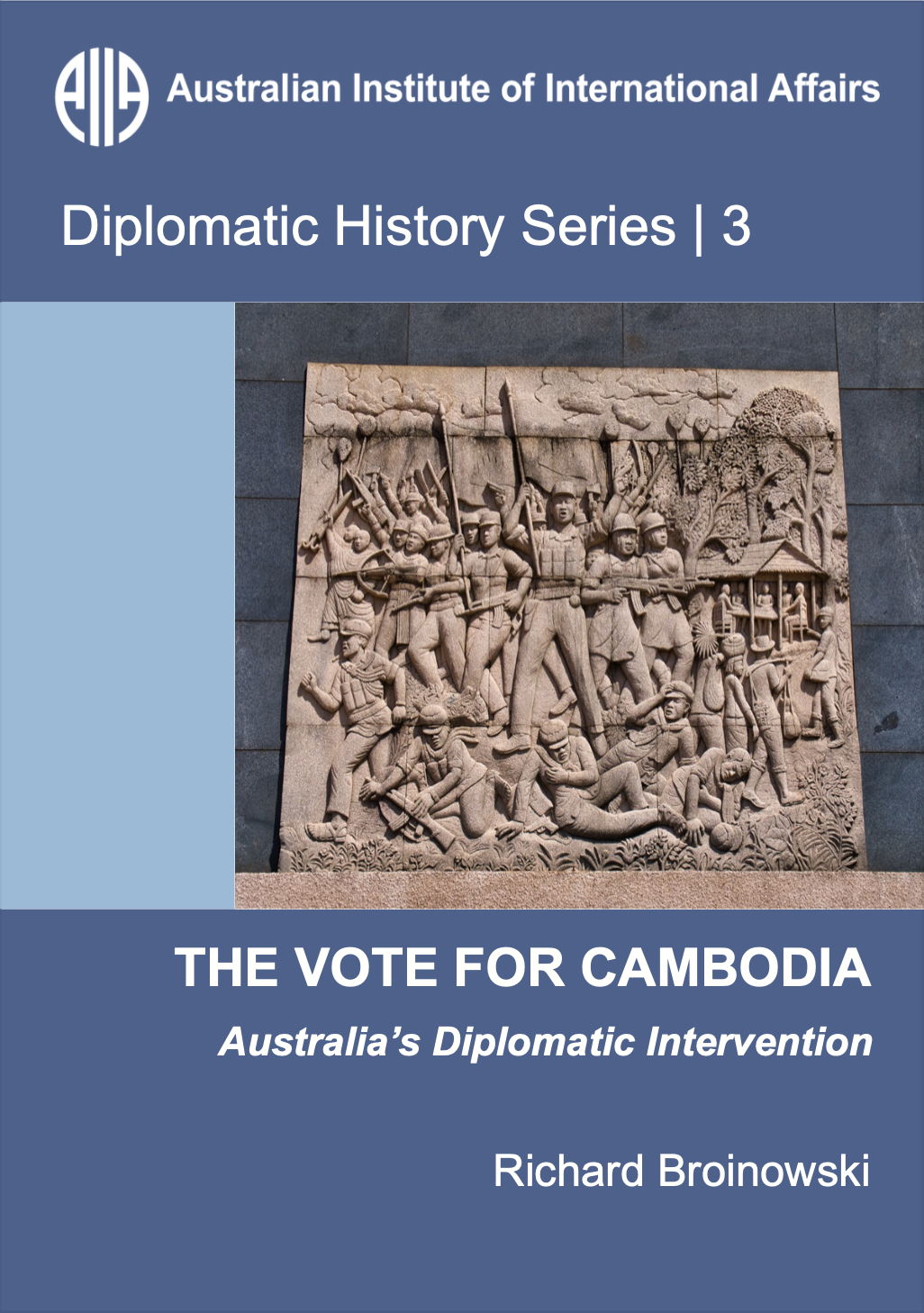 The AIIA National Office is delighted to host a panel discussion with Richard Broinowski AO to celebrate the launch of his recent book "The Vote for Cambodia: Australia's Diplomatic Intervention". Reflecting on his own experiences as a diplomat in the Department of External Affairs, Richard Broinowski AO dissects the impact of Australia’s contribution to the emergence of contemporary Cambodia. Whilst Australia played a prominent role in supporting the United Nations Transitional Authority in Cambodia to stabilise the region, it’s efforts to build a lasting democratic system is proving to be in vain. In this first-hand account, Broinowski strings together archival documents and private conversations with senior officials to recount Australia’s role in Cambodia’s tumultuous rise and evaluate the future of peace and stability in the country.

AIIA National Office invites you to join the panellists for the launch of Richard Broinowski's new book. Free copies will be available for signing on the night and a PDF can be downloaded for free from this page of the AIIA website.

In 1963, Richard joined the Department of External Affairs. He was posted to Tokyo as Third Secretary in 1965, then as First Secretary to Rangoon (1970-71) and Tehran (1972-73), and as Councillor and Deputy Head of Mission to Manila from 1975 to 1977. He was Executive Director of the Japan Secretariat in Canberra from 1979 to 1982. Richard was appointed as Ambassador to the Socialist Republic of Vietnam from 1983-85, and to the Republic of Korea from 1987-89. He took time off from diplomacy to be General Manager of Radio Australia from in 1990 and 1991 and re-joined the Department of Foreign Affairs and Trade in 1993. In 1994 he was appointed Ambassador to Mexico, with concurrent accreditation to the Central American Republics and Cuba. He retired from DFAT in 1997, and became an Adjunct Professor in Media and Communications, first at the University of Canberra, then at Sydney University. In this capacity he initiated a scheme to send young media students from several Australian universities to work as journalists in English-language newsrooms, including in Bangkok, Manila, Kuala Lumpur, Phnom Penh, New Delhi, Seoul, Tokyo, Beijing, and the United Arab Emirates. Richard became an Officer of the Order of Australia in the Queen’s Birthday Honours List in 2019.

Allan was appointed the National President of the Australian Institute of International Affairs (AIIA) in September 2017, having previously been named a Fellow of the AIIA in 2010. He is an honorary professor with the Australian National University’s College of Asia and the Pacific and was most recently Director of the ANU Crawford Leadership Forum. Gyngell has had an extensive career in Australian international affairs. He was the Director-General of the Australian Office of National Assessments (ONA) from 2009 to 2013. Prior to leading the ONA, he was the founding Executive Director of the Lowy Institute for International Policy from 2003 to 2009. Additionally, he has worked at the Department of Foreign Affairs and Trade and the Department of the Prime Minister and Cabinet, serving as an Australian diplomat in Rangoon, Singapore and Washington. He was Senior Advisor (International) to Prime Minister Paul Keating between 1993 and 1996. Gyngell was appointed as an Officer in the Order of Australia in 2009 for services to international relations.